Contracted by Woollahra Municipal Council in 2017, this was a civil project to stabilise the existing sandstone retaining wall and walkway that failed. In order to stabilise the failed embankments, tonnes of basalt and sandstone were imported. Due to the difficult site access, a series of conveyor belts and a bespoke chute were used to import the materials.

Despite the tight construction timeframe, the project was successfully completed in six months. 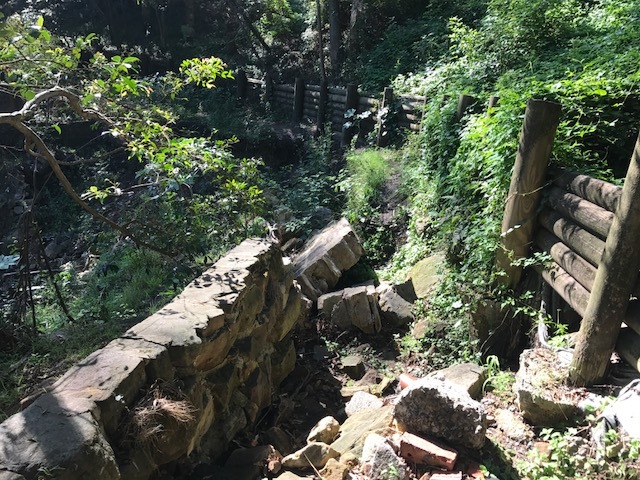 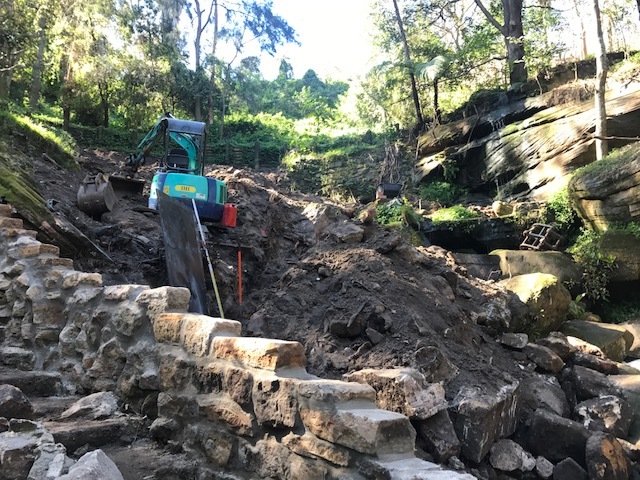 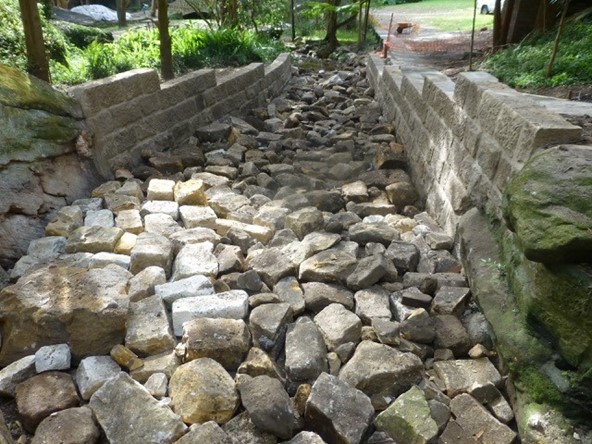 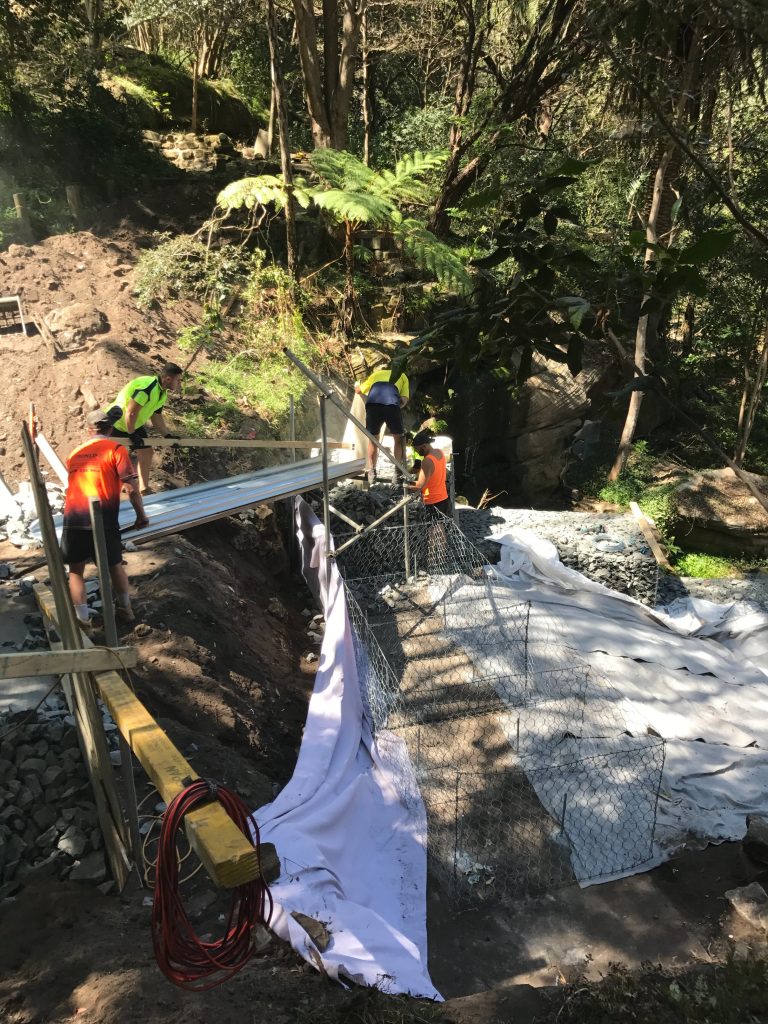 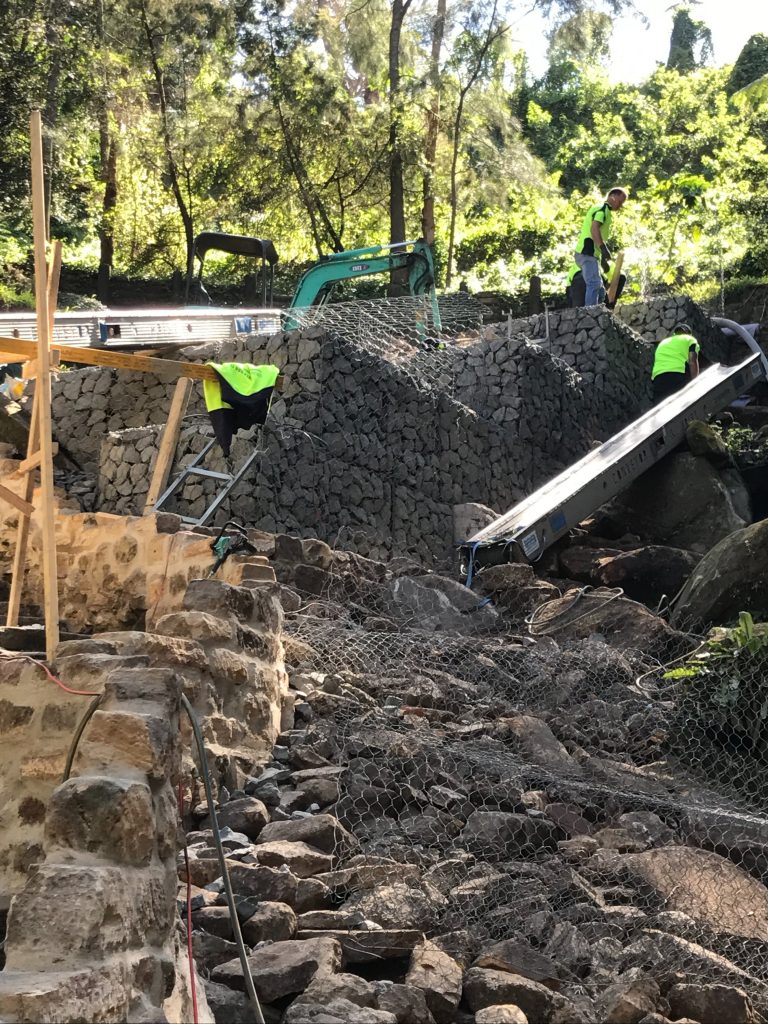 Over 5,000 tonnes of basalt were imported via the series of conveyor belts to fill the Gabion baskets and Reno Mattress to complete the stabilisation works. 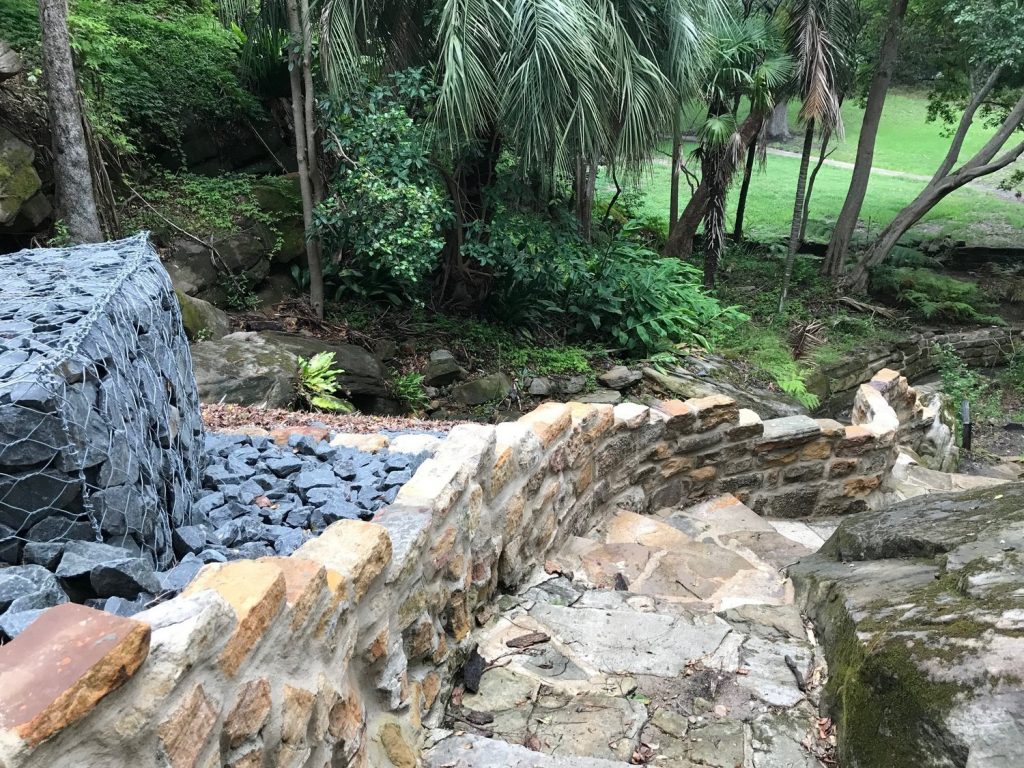 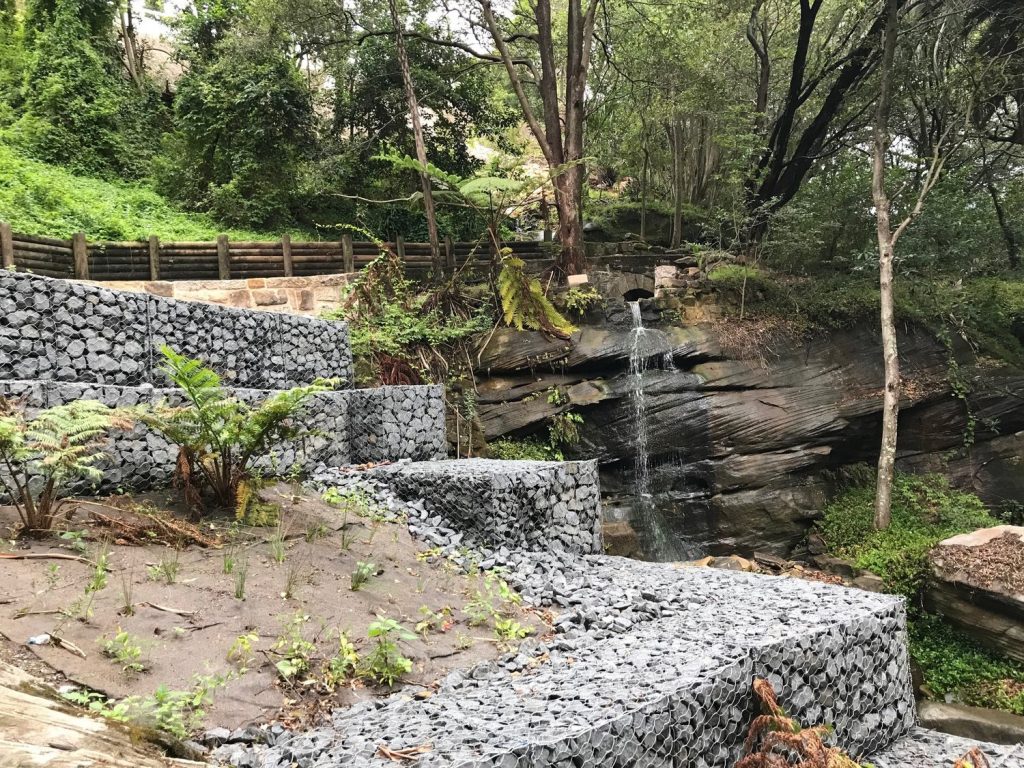 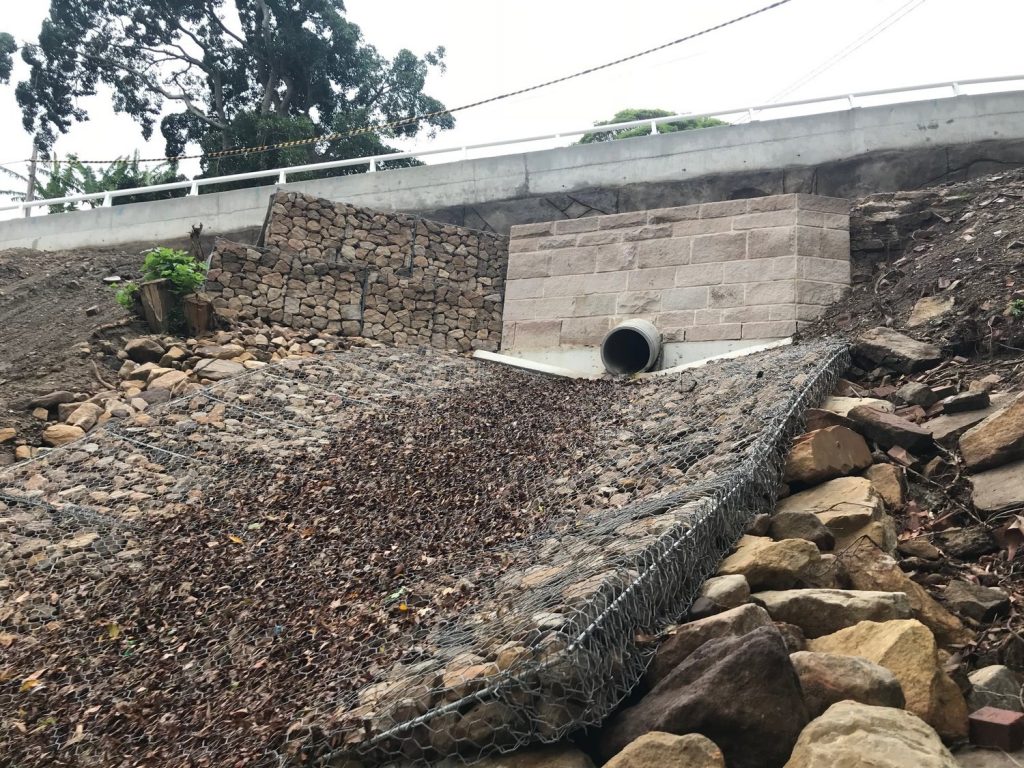